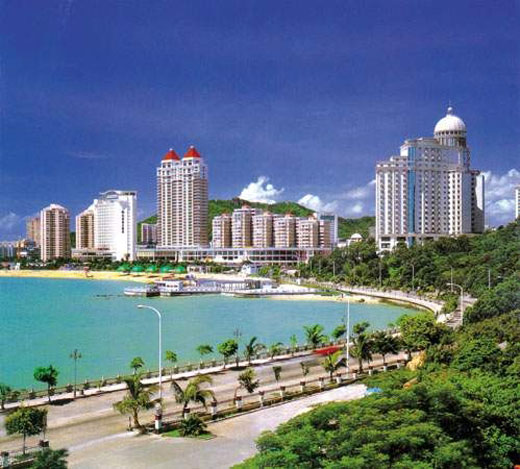 Big and small companies from all over the world and all kinds of sectors are looking closer to Zhuhai as a destination to FDI projects and for establishing their China based branches.

Example of this is what The Telegraph reported early this week mentioning that “this coastal city in southern Guangdong province has continued to defy the economic slowdown in China and had attracted $3.06 billion (£2.0 billion) in European investment by the end of 2014, with forecasts that it may this year equal or surpass its 2014 GDP growth of 10.3 per cent.”

BP, Shell, Bosch, Philips, Schneider and ABB are among the European companies that have set up operations in Zhuhai. Fluor’s investment formed part of a combined 35.5 billion yuan (£3.7 billion) investment by multinational and Chinese companies in 28 equipment-manufacturing projects in the city.

Zhuhai’s multiple advantages over other China cities such as it’s lower costs compared to other chinese cities such as Guangzhou, Shenzhen or Shanghai, strategic location — the city is about an hour by rail from Guangzhou, the provincial capital, and will soon be directly linked with Hong Kong and Macao by a 55-km long Y-shaped bridge — and developed marine industrial chain helped attract $1.93 billion in foreign investment last year.

For the construction cost of the HZMB Main Bridge, the total contribution of the three places (Hong Kong, Mainland and Macao) will be RMB¥15.73 billion, among which the Government of the Hong Kong SAR will contribute RMB¥6.75 billion. The Legislative Council Finance Committee has approved $9,280 million (in MOD prices) for preliminary design, site investigation, detailed design and construction of the HZMB Main Bridge, which is projected to open at the 2nd semester of 2016.

Aside of the great paramount of Local and Foreign Companies investing in the City the infrastructure projects brought along with the construction of the bridge will will represent an investment without precedents, specially in the Hengqin area.

Hengqin and the major developments of this island. Hengqin is a 106.46-square-kilometer coastal island tucked into the southern corner of the city of Zhuhai in Guangdong Province. Adjacent to Macao, which is no more than 200 meters away, the island has been selected as a New Area in order to enhance economic ties with Hong Kong and Macao.

Summing up the Hengqin’s major investment projects we can find:

Dream works and Time Warner to build the biggest theme park in the world in Zhuhai
Construction has started on a theme park in Zhuhai in Guangdong province, funded by a US$32 billion joint investment from Time Warner and DreamWorks Studios. The first stage of the investment which includes 80 billion yuan (US$13 billion) has already been approved and has started.

The park will occupy 10 square kilometers, making it the largest theme park in the world, and Chinese state-owned hydropower engineering and construction firm Sinohydro, the parent group of listed firm China Power, will build the basic infrastructure for the park. Zhuhai’s Hengqin island is already home to Chime-Long Paradise Amusement Park, so the new park will make Zhuhai a major pull for international tourists.The Hong Kong-Zhuhai-Macau Bridge is expected to play an important role in connecting tourist from Hong Kong and Macau to the Zhuhai. Zhuhai will benefit immensely from the construction of this amusement park, creating a multiplier effect over the area of Zhuhai.

Shizimen CBD
Shizimen CBD covers an area of approximately 5.77 km², with a planned build-up area of about 11 million m², involving a total investment of over RMB 100 billion.With very close cooperation among Guangdong, Hong Kong and Macao, China’s second-to-none offshore financial center will be created in Hengqin which focuses on the development of international financial services, international business services, international trade, convention & exhibition and headquarters industries. It will undoubtedly become a platform for international, waterfront eco-friendly type of modern service industry and a powerhouse driving the economic development of Hengqin New Zone and the western bank of Pearl River Estuary. With these, Shizimen CBD will fulfill its role as the pioneer for the national development strategy for Henqin New Zone.

Hengqin Finance Industry Service Base
This project covers 130,000 square meters, including a covered space of about 50,000 square meters. It is composed of 18 office buildings, one finance street service center and one restaurant center. The service base provides enterprises with independent, high-quality, garden-like offices and operation outlets complemented by excellent supporting service facilities. Two free shuttle routes have been opened between the Finance Street and the urban area of Zhuhai. To date, more than 180 financial institutions have opened offices in the area.

Xiangzhou Culture Street
The construction of this street involves about 1 billion yuan (roughly US$ 161.5 million) in investment from Zhuhai Jingfu Tourism Development Co., Ltd. It plans to develop the area into a large cultural tourism zone that centers around traditional folk craft and folk customs and integrates leisure, tourism, shopping, dining and exhibition facilities.

The New Campus of the University of Macau
This university is a demonstration project exploring new modes of Guangdong-Macao cooperation under the “One Country, Two Systems” policy. Macao is leasing the land where the new campus is located from Hengqin. The new campus was governed by the laws of the Chinese mainland during its construction, but it is now under the governance of the Macao Special Administrative Region.

The campus is one of the key collaborative projects between Guangdong and Macao, occupying an area of 1.0899 square kilometers and a floor space of 820,000 square meters. Its cornerstone-laying ceremony was held on Dec. 20, 2009. The new campus consists of gymnasiums, libraries, 10 residential colleges and teacher and student dormitory buildings. It is linked to Macao by a 1.5-km tunnel. Upon completion, the new campus will be able to accommodate 10,000 students, with a long-term goal of accommodating 15,000.
It received its first students in September 2013.

Gas energy supply project of Hengqin island
This project encompasses a total area of 360,000 square meters. The first phase saw the construction of two 390,000kW 9F gas-steam combined cycle units with heating-power-cooling production capacity of 400 tons per hour, requiring 3 billion yuan (roughly US$ 483.9million) in investments. There are plans to build eight 390,000kW 9F gas-steam combined cycle units in the area in the future. The project has already become a reliable and economical power supplier to the China Southern Power Grid for Macao. It is part of a new energy base that covers the whole island and features a combined supply of electricity, steam heat and water. It went into production and was completed in 2013.

No doubts in spite of the current worries about China’s cool down in its economy, the amount of investment in the country is still impressive and will continue to transform the nation and set new boundaries in terms of investment volumes.